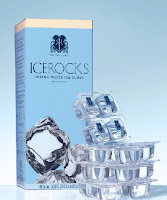 I’m being deadly serious. What is the world coming to?

Also, i know its all over the news but its such a shame about Heath Ledger. He was so young and had so much ahead of him. A knights tale never fails to make me laugh and i love 10 things I Hate about you but i still haven’t seen Brokeback Mountain but we all know it earned him a nomination last year for Best Actor. I guess i will be looking forward to his last ever role in a film, as the joker in Batman, the sequel to Batman Begins. I guess its a shocker because nothing like this has happened since River Pheonix, another young and talented actor- both who had so much more ahead for them in life.

On a less depressing note, why doesn’t the BBC show more of the Australian Open? Though maybe i will be able to catch some of it on Sky Sports when i go home briefly this weekend…but i know i should probably be working hard! I am so ready for another Nadal vs Federer grandslam! yeahhh!

Right got to go shower and have some breakfast, oh i love Wednesdays (no seminars or lectures!)

The annual LNY dinner at my grandmas! More on my s

This is probably the most important book that I’

This error message is only visible to WordPress admins